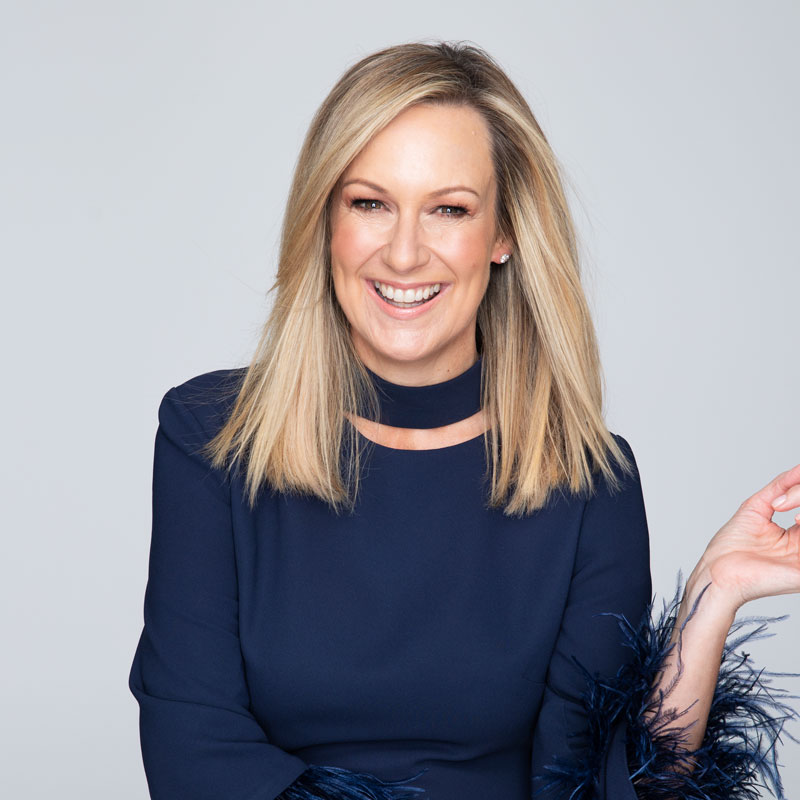 Melissa is one of the best-known and trusted voices and faces in Australian media. An accomplished and awarded journalist with more than 30 years experience, Melissa spent 25 years with the Seven Network. She co-hosted Sunrise for 14 years and covered the Beaconsfield mine disaster, the wedding of Prince William and Catherine, Olympic Games in Sydney, Athens, Beijing and London, the Queen’s Diamond Jubilee, the Queensland floods, Victoria’s Black Saturday bushfires, multiple federal and state elections, the Inauguration of Barack Obama and the election of Pope Francis and interviewed stars such as Tom Cruise, Justin Bieber, Robin Williams, Jane Fonda and Katy Perry.

As part of the news team, Melissa anchored the network’s live rolling coverage of historical moments such as the birth of Prince George, the wedding of Prince Harry and Meghan Markle, the release of Schapelle Corby from prison in Bali, the centenary of ANZAC commemorations in Gallipoli and the Lindt Café Siege in Sydney… for which Melissa and the Seven News team won a Walkley Award, a Logie and three international Edward R. Murrow Awards.

Melissa was host and senior correspondent of the Seven Network’s flagship news and public affairs program Sunday Night, covering a wide range of stories from internationally exclusive interviews with James Hewitt, Princess Diana’s former lover and Rebel Wilson, to stories on PTSD and the Jonestown massacre.

In the 2016 Australia Day Honours List Melissa was made a Member of the Order of Australia (AM) for her “significant service to the community through representational roles with a range of charitable groups, and to the broadcast media.”
She is National Patron for the Make A Wish Foundation and an Ambassador for The Alannah and Madeline Foundation, The Children’s Hospital at Westmead, World Vision and Adopt Change.

Melissa is the Number One Ticket holder for the GWS Giants (AFL) and serves on the club board.
But above all, Melissa is a wife and proud mother of Nick and Talia.

Naima has spent the last twelve years working in News & Current Affairs as a producer and filmmaker.

Originally from Monterey, California, Naima holds a Master’s Degree in Middle Eastern Studies from the University of Chicago.

She began her career in the Middle East. First, in Yemen where she studied Arabic and wrote for the Yemen Times whilst managing the American Institute of Yemeni Studies (AIYS). Then, in Afghanistan where she worked on flagship media projects with Moby Media / TOLO TV. From the Middle East, she went back home for a while to spend a year on the NBC breaking news desk in New York City. She moved to Australia in 2012 and now calls the Northern Rivers in New South Wales home.

In Australia, she has worked across numerous networks and projects, most notably Channel Seven’s flagship news & current affairs program, Sunday Night (where she & Melissa met and began their friendship) and SBS’s award winning documentary program, Dateline. These programs saw her producing international stories – from illegal gold-mining in Peru, to the Zika virus in Brazil, to aged care in Denmark and Rural Depopulation in Spain.

In 2019 she went out on her own and founded Duststar Productions, and has produced three audio documentaries for Audible Originals: A Carnivore’s Crisis with Rachel Khoo, Age Against the Machine with Melissa Doyle and Every Body with Robyn Lawley; Surviving and Thriving in a Body Shaming World.

Naima co-hosts Age Against the Machine with Melissa Doyle – which is a global exploration of women & ageing.

She has many exciting projects in the pipeline across the film, television, print and audio spectrum.

When she’s not working, you can find her obsessing over her little garden and other people’s dogs.

Hello Ellis, Do we have anyone in our community wh

Hello Ellis! Who wants to have a chat about sex

Hey #elliwomen Have you experienced ageism in the

Over the holiday break, @naima_brown_official bing

Hey girls, with our diaries on ice for the last tw

This error message is only visible to WordPress admins

There has been a problem with your Instagram Feed.
Go to Top